IP Spoofing - What Is It and How to Deal with It? 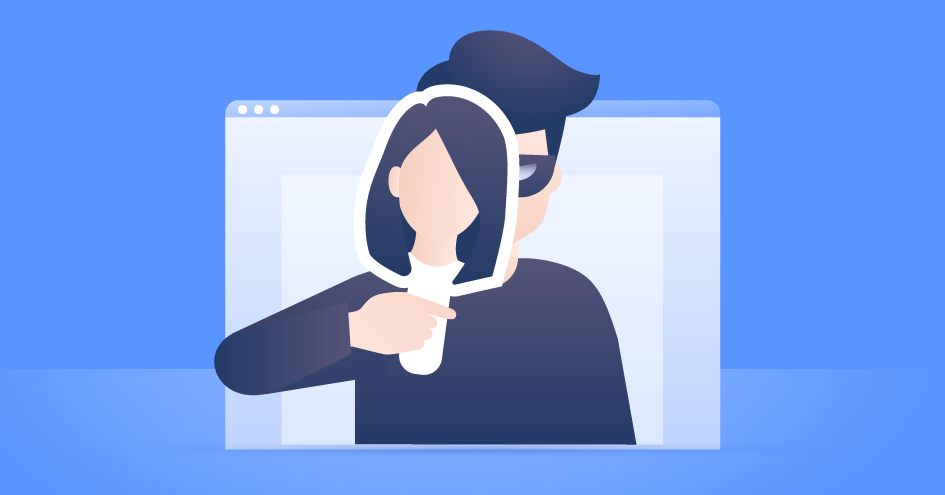 Spoofing is a method of cyber attacks in which a hacker tries to deceive other computer systems by impersonating a legal entity using a laptop, phone, or internet. It's among several tools used by hackers to obtain access to the computer to search for personal data, convert them into zombies (machines seized over for nefarious purposes), or conduct Denial-of-Service assaults. IP spoofing is perhaps the most prevalent of the several types of spoofing attacks.

IP spoofing alters the address of the source of IP packets to conceal the sender's information, mimic another computer network, or even both. It's a method used by malicious people to launch DDoS assaults against a targeted system or network.

This article will discuss what Network/IP spoofing is and how to protect yourself. Continue Reading.

What is IP Spoofing?

IP spoofing, also known as Internet protocol spoofing, sends IP packets with a fake source address to spoof another computer network. Cybercriminals can use IP spoofing to conduct harmful attacks without being detected. Accessing your private or corporate data, attacking your device with spyware, or collapsing your server can be the objective.

There are three most common types of IP spoofing:

MITM (man-in-the-middle) attacks are used to disrupt communication between the two devices, change packets, and send them without the knowledge of the actual sender or receiver. Hackers can follow any part of correspondence if they fake an IP address and access private communication networks. It's possible to collect data, redirect people to phoney sites, and more. Hackers amass a plethora of personal data over time that they may use or trade, making man-in-the-middle assaults more profitable than others.

Cybercriminals use faked IP addresses to flood computers and servers with data packets in a DDoS attack. It permits them to hide their identity while slowing or crashing a site or entire network with a high volume of web traffic.

By concealing botnets, IP spoofing could be used to gain access to machines. A botnet is a collection of computers controlled by a single hacker. Every device is equipped with a specialized bot that performs harmful actions on the attacker's account. Since each bot in the system has a fake IP address, IP spoofing helps the hacker hide the botnet, making it difficult to track down the evil actor. This can cause an attack last longer to maximize the payout.

How Does IP Spoofing Work?

Let's begin with some context: Data delivered over the web is first decomposed into several packets, then sent separately and restored at the other end. Every packet's Internet Protocol (IP) header provides data about the packet, including the destination and source's IP addresses.

In IP spoofing, an attacker modifies the address of the source in the incoming packets with tools to trick the recipient computer system into believing the packet is coming from a reliable source, including another machine on a valid network, and accepting it. There is no obvious evidence of tampering because this happens at the system level.

IP spoofing is done to evade IP address verification in networks that depend on reliable connections among computer networks. All machines within the connection are considered trustworthy, and those outside it are unreliable. When a criminal has gained network access, it is simple to examine the system. For this weakness, more robust security measures, like multi-factor authentication (MFA), are increasingly being used to substitute simple verification as a defence mechanism.

Although hackers frequently use IP spoofing to commit digital fraud and theft or to close down business servers and websites, it can also be used for lawful purposes. Companies may, for instance, use IP spoofing to evaluate sites before launching them. It would entail generating thousands of fake users to assess the site's ability to manage many logins without being overburdened. As used in this manner, IP spoofing is not unlawful.

How to Detect IP Spoofing?

IP spoofing is hard to detect by end-users. These assaults happen at the network layer (layer number 3) in the Open Systems Interconnection (OSI) communications paradigm. There are no external traces of meddling this way. Visually, the faked connection attempts appear to be authentic.

However, enterprises can utilize network management technologies for traffic analysis at networking devices. The most common method is to use packet filtering.

Firewalls and routers frequently feature packet filtering technologies. They look for discrepancies between the packet's IP address and the intended IP addresses on ACLs (access control lists). They can also identify forged packets.

The two categories of packet filtering are:

How to Protect Your Business from IP Spoofing?

Spoofed IP packets are unavoidable. Businesses, on the other hand, can safeguard their systems and computers.

Taking the following measures will help your organization protect from IP spoofing:

Filtration policies in firewalls and corporate routers must be set to deny packets that could be spoofed. Outside of the enterprise border, this would contain private IP address packets. It also includes traffic that starts within the company but uses a spoof external IP address as the originating IP address. It prohibits spoofing attacks across external networks from launching from the internal network.

How to Protect Yourself from IP Spoofing?

IP spoofing is impossible to prevent for end users. However, maintaining good cyber etiquette will allow you to stay safe online. Measures that are practical include:

Taking necessary security measures, educating yourself, and training your team members is the only way to protect against IP spoofing.