Everything You Need to Know About IoT Security 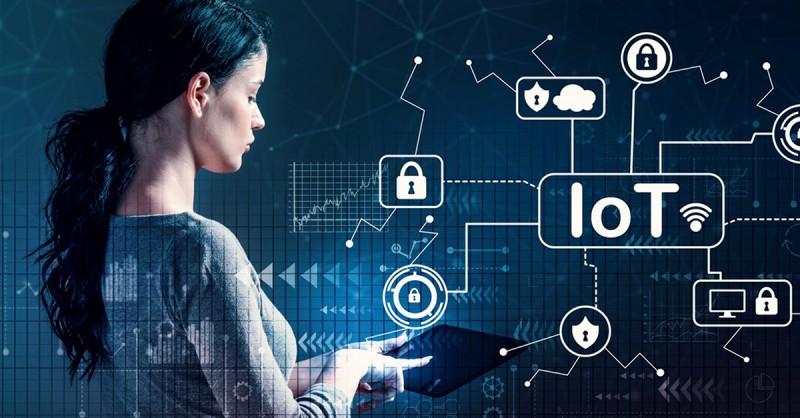 IoT is the abbreviation for the Internet of Things. It is a system of connected objects embedded with software, sensors, and other technologies to access and exchange information between systems and devices over the web. These gadgets include everything from everyday household items to complex industrial machines.

IoT devices analyze and/or control critical systems and retrieve personal data. Findstack experts predict that by 2025, there will be 38.6 billion connected IoT devices.

What is IoT Security?

IoT security is the process of protecting internet-connected devices and networks from attacks. This includes recognizing and securing devices that may pose a risk to the organization and helping to repair any security flaws that are found.

IoT security refers to the appropriate inventory, transparency, and management of internet-connected devices, machines, or things that enable data gathering and interchange.

IoT security is similar to traditional network security, but the data that IoT systems acquire and the processes they administer are more complex, so the security requirements are higher.

To better understand IoT security, we should learn about IoT devices' most significant difficulties. Since they are not designed with safety in mind, resulting in many device security flaws. Security software cannot be installed on the IoT device itself in most circumstances. Furthermore, they may include malware that compromises the network they are linked to.

Most network security systems cannot detect IoT connected devices and/or access what devices are interacting across the network. Here are the main IoT Security challenges we should know about:

IoT devices are frequently not adequately updated to combat emerging security flaws. IoT devices are often modest and installed in remote areas. Because a business may have millions of IoT devices to handle, it is common for them to distribute and ignore them. Furthermore, many IoT devices rely on users to update the software, and many users either do not care or are unaware that they are required to do so.

Several IoT devices have default passwords that let users access the software and operating systems. Hackers with databases of standard IoT passwords can exploit them to obtain unauthorized access to the device and its network if users forget to change their passwords.

As sharing data across the network via API (Application Programming Interface) is essential for how IoT devices work, API weaknesses are a significant IoT security issue. If an API issue is discovered, hackers can utilize it to steal data through MiTM (Man-in-the-Middle) attacks or assume monitoring and control systems to execute DDoS (Distributed Denial of Service) cyberattacks.

API vulnerabilities are not pre-defined as currently, we do not have a universal IoT API. However, different IoT vendors have shared dozens of IoT APIs, and you may also develop one yourself. All APIs that security professionals use must be knowledgeable of all inherent risks.

No common standards regulate the architecture of IoT devices, the categories of applications they execute, and how they share data, just like there is no one IoT API. However, many alternative techniques are continually evolving alongside IoT software and hardware.

Since many variables are at play, it is more challenging to protect IoT devices from a security standpoint. No one security technique can secure all IoT networks or devices from attacks. Hence, the lack of correct standard implementation is another biggest IoT security challenge.

The potential of shadow devices connected to the network but not permitted by or recognized by the system administrator is a key IoT security concern. Untrained and uneducated users, including an employee who takes an IoT weather monitor into the workplace, may add shadow devices to the system. Alternatively, hostile parties could use them, like hackers attempting corporate espionage via unprotected meeting rooms, smartphones, or smart televisions. As they are frequently not fully protected, shadow IoT devices are also vulnerable to malware infiltration.

How to Secure IoT Devices and Systems?

Many parties are involved in ensuring IoT devices. Device makers must create hardware that is resilient to hacking. To operate on the devices, software engineers must design secure software. Developers who install and use IoT devices must take precautions to protect themselves from security threats. End users who utilize the Internet of Things to view data and systems must maintain their devices safe and prevent providing unauthorized users access.

As each of these groups has a different function in IoT security, they can all apply the same set of recommendations to identify and manage any IoT security risks. Here is how to secure IoT devices:

Companies must understand and manage the security threats offered by IoT software and hardware and take actions to secure the networks, devices, and data to reap the benefits of IoT devices.